A Growth hacking Experiment: Increasing visibility for a small town exhibition. How and why we did it, and did we succeed in our goals in the end?
Contact

Film a tour with the main sculpture of the exhibition around the city center of Helsinki, gain impressions from the bypassing audience, and displaying the film itself on the last day of the exhibition. 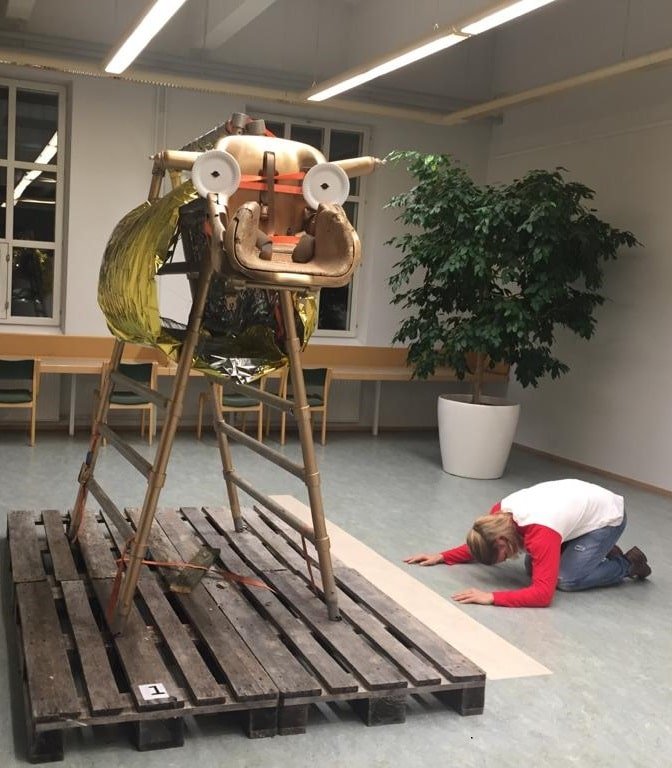 Filming was supposed to be as discreet as possible, meaning only smartphones allowed from non-obvious angles, although not always possible.

The streets of Helsinki were chosen, as it had the most potential to be seen by a wider audience.

The tour was planned to be around 2km around the city center and around main sightseeing opportunities to increase visibility from residents and tourists.

The tour started from Oodi Helsinki Central Library and dramatically ended at The Parliament House. While the end was not planned, the dramatic end allowed us to create a more exciting film. We expect the film to gain additional views from a wider audience.

During the tour, the team would be divided into two groups. The first group would film the tour, and the second group would update social media profiles and contact relevant new sources to achieve more visibility for the tour.

After the tour, ensued the post-tour marketing strategy included sharing reactions on social media, sharing the film itself on Youtube, and this blog post itself.

The budget for the tour was zero.

Interview With Prinssi, The Creator Of The Golden Veal - Exhibition

“My name is Panu “Prinssi” Palm, a 27-year old Outsider artist and a freelancer in the digital world. 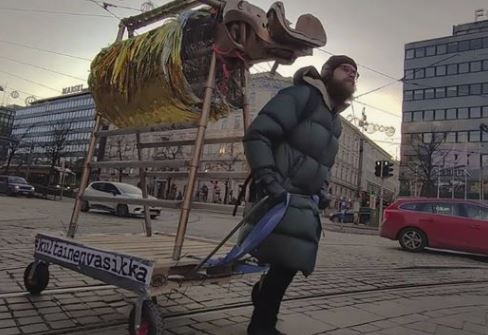 The film was to be the last act of my Golden Veal – exhibition. The exhibition takes a stand against people and their society’s superficiality and golden coated emotions.

The growth hack experiment began as I wanted to reach a broader audience to experience the message I had created. The lack of visibility in the initial venue in Forssa and the high rent cost of venues in the Helsinki region was the fuel to create this experiment.

The success of the experiment was measured by the quality of the film and website visitors mostly.

I learned that people in larger cities in the streets won’t show any interest in their surroundings, or dared to have an interest in something out of the ordinary.

The Golden Veal itself got the attention of children, which had the consequence of gaining attention from their respective adults.

I gained 15 unique visitors that day to my website, which was fine, but compared to the overall impressions we had, the conversion rate was pretty low.

In the end, we were filming the ending for my exhibition, and the growth hacking experiment was an afterthought.

If I had chosen to optimize for website traffic, I would’ve had to increase engagement with the bypassing audience and have used more obnoxious methods like speakers, or a megaphone.”

Our chosen metrics and conversions for measuring the success of the experiment were the following: 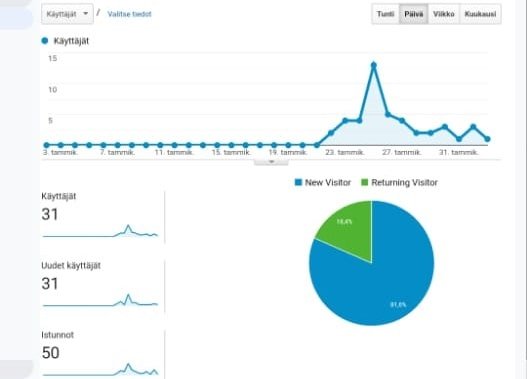 The main metrics for our success was the offline conversions as our call-to-action for the website was not clear enough. We wanted to maximize engagement during the tour.

We tracked direct traffic on Google Analytics, as we created a new landing page with a unique URL. Therefore, we could track identify incoming traffic directly coming from our efforts from the street.

We felt that following other web-based conversions was unnecessary, given our goals.

We tried to keep a good record of the offline conversion as we went along, but the data would be inconsistent because of the measuring methods.

We failed to get the attention of news sites to achieve more visibility.

Our methods to track offline conversions:

What Could’ve Been Better For The Growth Hacking Experiment

To maximize the effects on visibility, we should’ve spent more time planning out our social media strategy.

Secondly, we should’ve planned out more content within the tour to have more engaged views on the tour from bypassers.

Our tour initially was just a walkthrough with the statue and nothing else. The platform could’ve supported additional content from the artist, such as audio and images.

The initial decision was not to promote the tour and build hype around as the creation of the film to the unexpected bypassers was to the original idea. By promoting the event early, we could’ve yielded higher results, but it would’ve compromised the idea and integrity of the video.

As a growth hacking experiment, we didn’t have time to create variables of the tour and test it further. Therefore, the data of the tour is one-sided, and deeper conclusions are harder to subtract.

How Can You Benefit From This Experiment?

The data showed us that it is possible to promote basically anything that has the wow-factor to interest bypassers.

The method provides companies to effectively utilize a low budget marketing strategy to gain views, impressions, and conversions to their services and products.

Products and services that are geared toward consumers would work the best. Avoiding sales-approaches would be more beneficial to the campaign. The goal is to create a short but memorable experience to the public that might convert to customers later on.

Our initial goals were to create the film and gain impressions from the public to the cause. By those metrics, our experiment was a successful one.

By experimenting, we gained more views for the exhibition in one day than it ever could gain in the original venue alone.

As per usual in growth hacking, through experimentation, new methods are learned to test again next time.

We learned further achievable goals to target next time with a more planned out strategy.

Growth hacking is a process of thinking in which failure is a guiding force to make better data-based decisions in the next iteration.